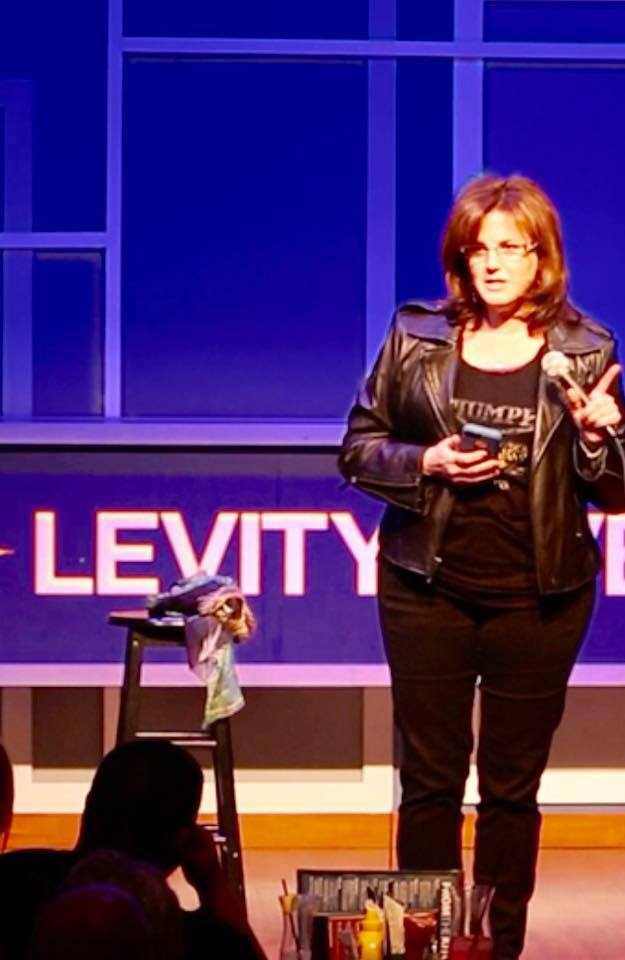 “I’m new to stand up, so I haven’t completely decided which direction to take with my material,” Vivian tells me as I scroll through pictures of her children and grandchildren on her phone. I’ve known Vivian for close to twenty years, watched her five amazing kids grow up in my practice, and I can tell you that she may be new to stand up, but she’s always had the gift of humor.
I first met Vivian when my daughter took her watercolor class, her talent and exuberance opening floodgates of creativity in her young students. Working out of her home as well as her studio in Nyack, Vivian produces vibrant colors and a whimsical style that echo her personality. Some of her work hangs in local eateries, and most recently she created the painting, “Prohibition River” as part of the Nyack Flash Sketch Mob. She’s also an amateur photographer with a keen eye and instinct for esthetics. 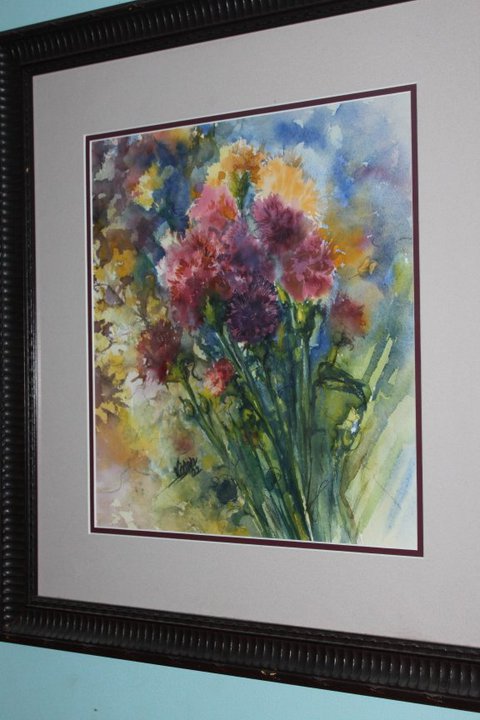 Vivian is a transplant from Asheville, North Carolina, the daughter of Holocaust survivors. Her family was featured in Helen Epstein’s book “Children of the Holocaust” because of her sister’s performance at the Miss North Carolina pageant of Chopin’s Revolutionary Etude, the music played during Hitler’s invasion of Poland. When I ask her about the experience of having Epstein write about her family, Vivan says “Oh yeah, that writer dated my brother for a while!”
As Vivian describes her experience doing stand up at Levity, the local improv comedy club, and considers going to an open mic night, she makes frequent stops to read and respond to text messages from her kids. Her eldest daughter (married to a dentist!) is moving to a new home. How soon will she be there to help with the move and the grandkids? Her youngest, studying in Israel emails an apartment lease in Hebrew for her to decipher, her son who writes apps in California is on a hike and she worries about him taking enough safety precautions. Through it all, Viv keeps the dialogue going with all of us in stitches. Her banter is sometimes delivered in a series of accents with facial expressions to match.
I want to ask her more – about the photography, the comedy, see some paintings –but Vivian has to go. Time to help her daughter with the move. This is a woman who can create art in many forms, but her most valued creation is waiting for her in New Jersey with two kids and a moving truck.